As ordinary pub owners, we were stuck with major lager brands for years. When we came into contact with locally brewed beer, we found out that the beer we were used to drinking was actually not that special. We thought, couldn’t we just make it ourselves?
Despite the fact that until then we only had experience with drinking beer and not at all with brewing it, we went for it. We wanted to build a brewery in a beautiful spot in the city. And we wanted everyone to be able to come and see how we were brewing and how we could tap super fresh beer directly from the brewery.

So we started setting up our first brewpub on the Cornelis Troostplein in the Amsterdam Pijp. Of course it wasn’t all that easy, we had to learn how to brew, develop recipes, get a permit, find a building, dive into the tap technique and of course find the right people who wanted to set up the brewpub with us.
In the end it all worked out and in 2013 we brewed our first beers. The brewpub on Cornelis Troostplein was embraced by the neighborhood and due to its success it did not take long before we needed more capacity.
We opened a second brewery and brewpub in the Westergasfabriek. This time we built a much larger brewing installation. At that time we became the largest independent brewery in Amsterdam. This also made it possible to introduce people outside our brewpubs to our beers. For example, because we now had enough beer to sell to other pubs and we could fill bottles that could then be sold in shops.
Later, a third location was also added on Bilderdijkstraat in Oud-West.

Our range has also grown over the years. Where we started in 2013 with three beers on tap, we now have at least 10 different beers on tap as standard. In addition, there is always a wide selection of changing canned beers, from non-alcoholic IPA to barrel aged barleywine. We also gradually discovered that it is simply possible to make all kinds of other things yourself. For example, we now produce our own soft drinks, we distil a delicious gin and two gins from leftover beer, and we bake bread from residual products from the brewery.
So we have grown considerably in many respects in recent years. We have always done this on our own strength and in our own way.

With that growth, the realization grew that what we do not only affects the people who drink our beer and visit our brewpubs. It also applies to the people who work for us, our neighbors and fellow townspeople, our logistics partners, suppliers and the producers of our raw materials. So also in a general sense we have an influence on the environment and society.
We feel more and more strongly about this responsibility for our chain. We do everything we can to cause as little damage as possible to people and the environment through our business operations.
For example, the production of our own products has been fully certified organic since 2019. We have also switched to smarter packaging, including cans for our beers. And because our production takes place in the middle of the city, we can keep transports to a minimum.
In the brewpubs, all our meat products come from suppliers that we inspect for animal welfare ourselves. At the same time, we focus on incredibly tasty and sustainable alternatives to meat on our menus. We use as few disposable materials as possible and separate our waste flows as much as possible.

We also do our utmost on a social level, for example by giving our staff a lot of say in business operations. We try to give people in our company opportunities, which is why we are a recognized training company and we guide people who do an internship.
We raise money for projects we believe in, such as Everyone Christmas and Streetsmart. These projects raise money for people who don’t have a roof over their heads, let alone afford a Christmas dinner.
Another special project is our own bee colony in the Pijp. In doing so, we call attention to biodiversity and the excessive use of pesticides and monocultures.

These are just a few examples of what we are already doing. We will always keep looking for better production methods or social projects that we can support. We have imposed on ourselves that if we can do something more sustainable, then we have to do it.

Of course we do not suddenly solve the global problems, but we do believe that we can make a difference and that we will automatically reach a tipping point if enough people and companies follow. In addition, we firmly believe that a beer or a meal tastes much better if you know that you will not harm anyone or anything. 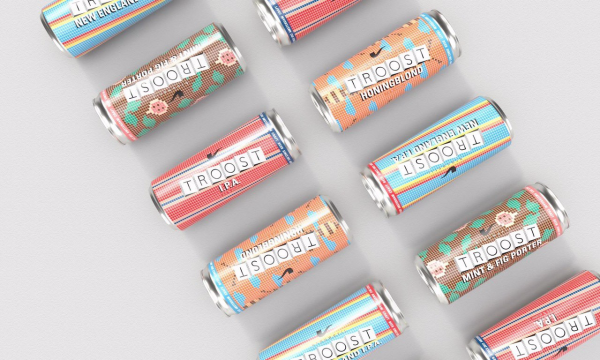